Hybrid cars should have much higher sales in the U.S. They’re a compromise between the conscious knowledge that fossil fuel engines hurt the environment and the subconscious stress produced by range anxiety. So, why aren’t more people buying hybrid cars?

Maybe it’s because of misinformation campaigns from fossil fuel-funded news outlets like Breitbart, which states that, “Apart from being poky and tinny and smug and expensive and utterly useless for long distances, electric cars are also terrible for health and the environment.”

Whew! There is so much research out there to contradict these Breitbart fallacies. Here are some stories that demonstrate how foolish the Breitbart claims are. (Hang your cursor over the explanations.)

The popularity of hybrids is growing annually, and they have the potential to unseat gasoline as the fuel for our cars, which scares the bejesus out of oil companies.

Yet, let’s acknowledge a fact about consumerism: people tend to buy items that are highly marketed. Since U.S. automakers have devoted nearly nothing to advertise any type of electric vehicle, their appeal remains relatively low in the U.S.

That is, until now. The folks over at Hyundai have a new commercial out on the television airwaves right now that pitches the 2017 Ioniq, a hybrid vehicle. The commercial is an overt attempt to debunk stereotypes of a hybrid driver. Instead of hiding behind research data, Hyundai has created a marketing message that explicitly addresses the average U.S. person’s concerns about driving a hybrid car. It’s funny, self-deprecating, and very effective.

END_OF_DOCUMENT_TOKEN_TO_BE_REPLACED

In 2015, You Tube Super Bowl ads accumulated 133 million views, and many of these views came well in advance of the actual Super Bowl broadcast, offering advertisers a rich (pun intended) opportunity to attract online audiences. The Super Bowl is the largest advertising event of the year, with costs to air a 30 second ad in excess of $3 million. Clearly, planning, design, and execution of Super Bowl commercials requires meticulous persuasive rhetoric.

It helps to understand what “persuasion” is in order to get started with Super Bowl commercial analysis.  Persuasion is communication intended to induce belief or action. If they’re successful, text composers will capture and hold their audiences, and those audiences will be persuaded to think, to know their worlds, and to behave in particular ways based on persuasive appeal.  The messages that are embedded within texts like Super Bowl commercials are part of an information exchange that contains a definite world view. Composers disseminate messages in ways that attempt to persuade their audiences to see the world in particular ways.

Those particular ways of seeing the world are sometimes called “assumptions.”  Assumptions are ideas that are accepted to be true without having much accompanying evidence.  Amateur and professional sports are constantly-evolving spaces, and Super Bowl commercials describe these sports spaces and the larger society in which we live through embedded assumptions.

So much happens during a Super Bowl commercial! A full story is told within 15 or 30 seconds. As the audience, we respond not only to fictionalized characters and conflicts but stylized images made possible through sophisticated digital editing  techniques. Together, a series of elements create effects that cause us to respond in particular ways.  Breaking these elements into parts and synthesizing them afterward can help us to show evidence of measured thought and to digest multiple possible interpretations of Super Bowl commercials as persuasive media texts. 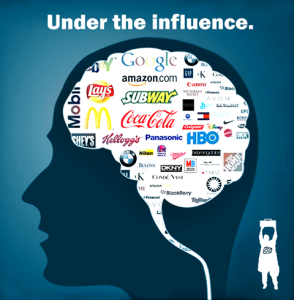 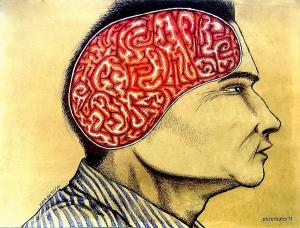 Breaking apart Super Bowl commercials like this takes methodical thought and effort. However, such textual analysis through both visual and language deconstruction moves us from being passive recipients of messages to active interpreters of media and society.  Sound bites have less power when we can demonstrate why media messages reproduce certain cultural norms in our society.

Because we both consume and produce media texts, we can integrate the critical analysis techniques we learn through Super Bowl commercial analysis into our lived media experiences. Super Bowl commercial analysis opens us up to how advertising is played out between corporations and changing objectives of economic and cultural fields. The interplay between corporations and the media can become a bit more apparent when we recognize media’s changing forms and content and its impact on lifestyles, social norms, and belief systems that most people consider “normal.”

When we investigate the pleasure we derive from media consumption and learn how to question it, we achieve a duality of purpose that helps us to weigh the costs and benefits of media messages. Through our social media interactions, we can use media analysis to shift to our own greater community involvement and understand of media’s contributions to our collective culture.

Carolyn Fortuna, Ph.D. is the recipient of the International Literacy Association’s 2015 Grand Prize Award for Technology and Reading.  She teaches English Language Arts at a New England public high school and is an adjunct faculty member at Rhode Island College. If you’d like information about workshops in digital and media literacy and learning, contact Carolyn at c4tuna31@gmail.com.

Dr. Fortuna is the program chair for the 2019 Northeast Regional Media Literacy Conference in Providence, RI.

IDigItMedia’s founder and director, Dr. Carolyn Fortuna, is a past winner of the Grand Prize Award for Technology and Reading from the International Literacy Association.